A1 Postcard for 90th anniversary of
Uladzimir Karatkevich

With Christmas and New Year holidays ahead, A1 issued a series of artistic postcards with quotes by Uladzimir Karatkevich. The project is named A1 Postcard and is in line with #Karatkevich90 campaign devoted to 90th anniversary of the famous writer.

10 famous and inspiring quotes by Uladzimir Karatkevich have been figuratively embodied in the illustrations of famous Belarusian artist and head of the inclusive studio SOWY Nikа Sandros. Specifically for the series of postcards Nika Sandros came up with fabulous owls – wise and majestic birds. The artist organically weaved symbols of the Belarusian folk ornament into the plot of each drawing.

– Illustrations for postcards not only reinterpret the quotes of the writer, but also hide Belarusian secrets and distinctive features. For example, the flower held by an owl in one of the paintings is actually an unusual and rare plant of our forests – the royal fern. In the other picture, the river in the background is not accidentally similar to the letter «Ў» – as it is a unique Belarusian letter unknown in all other Cyrillic Slavic alphabets, – explained Nika Sandras. 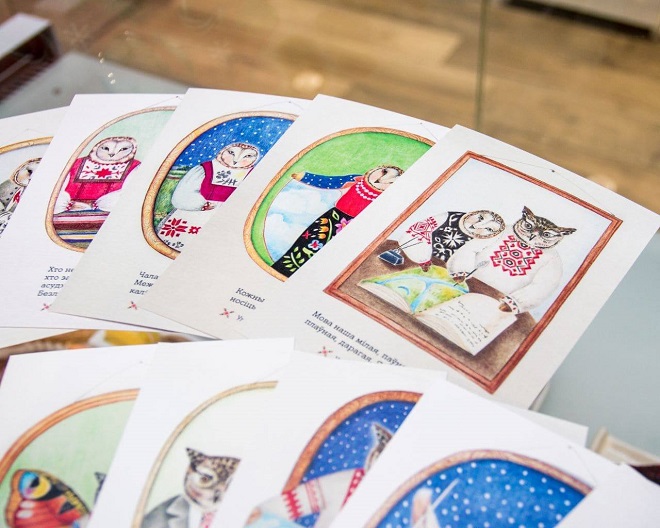 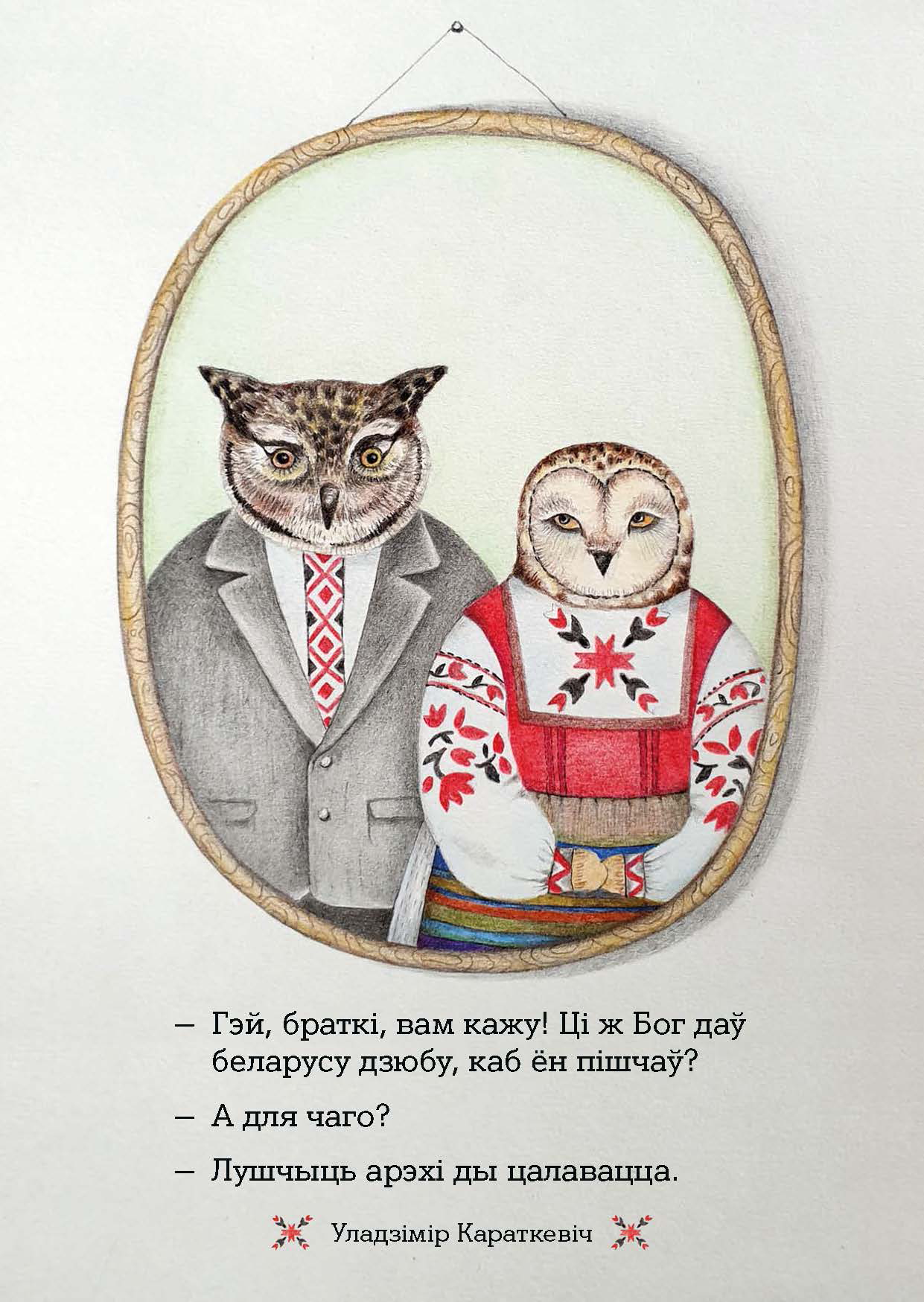 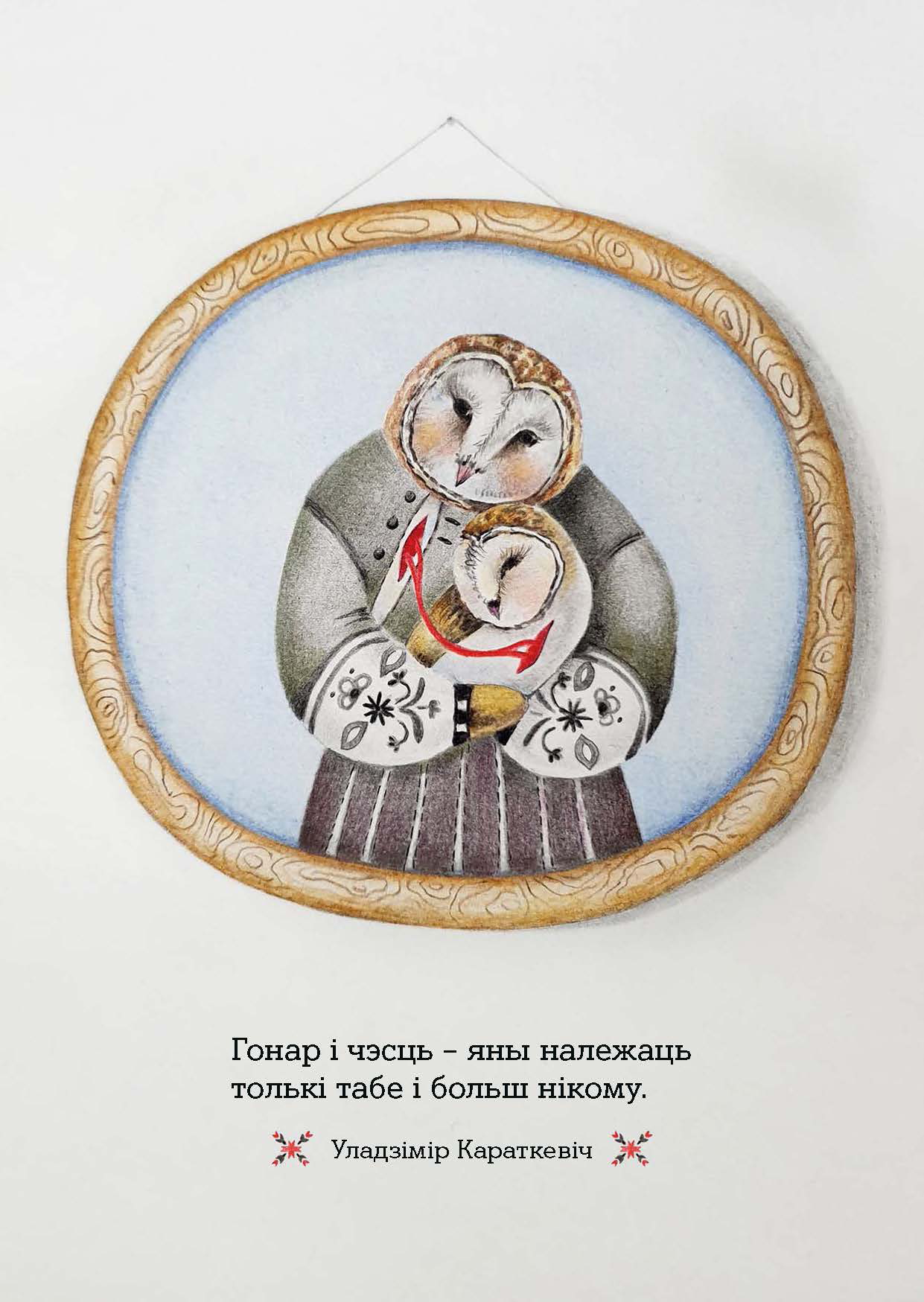 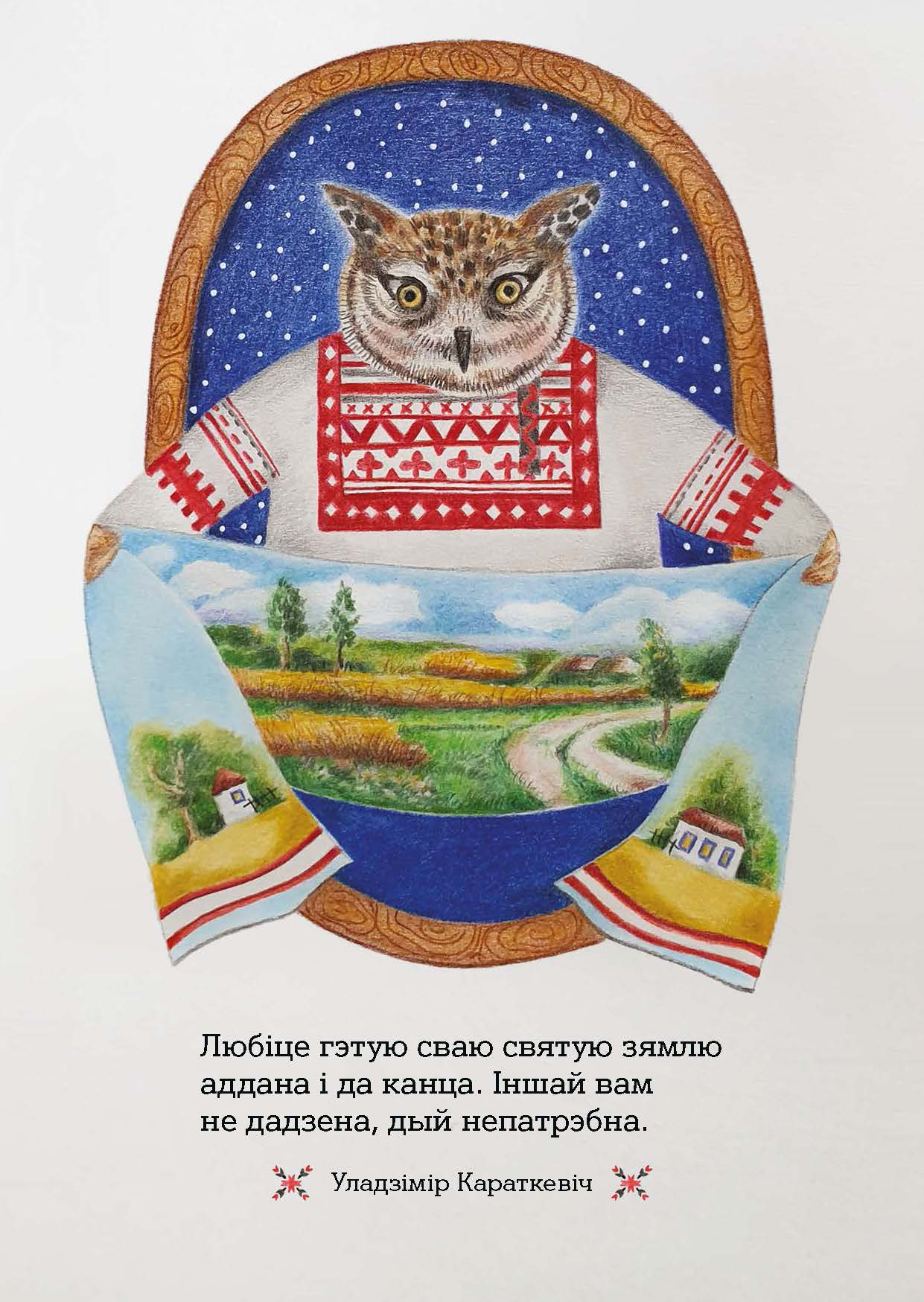 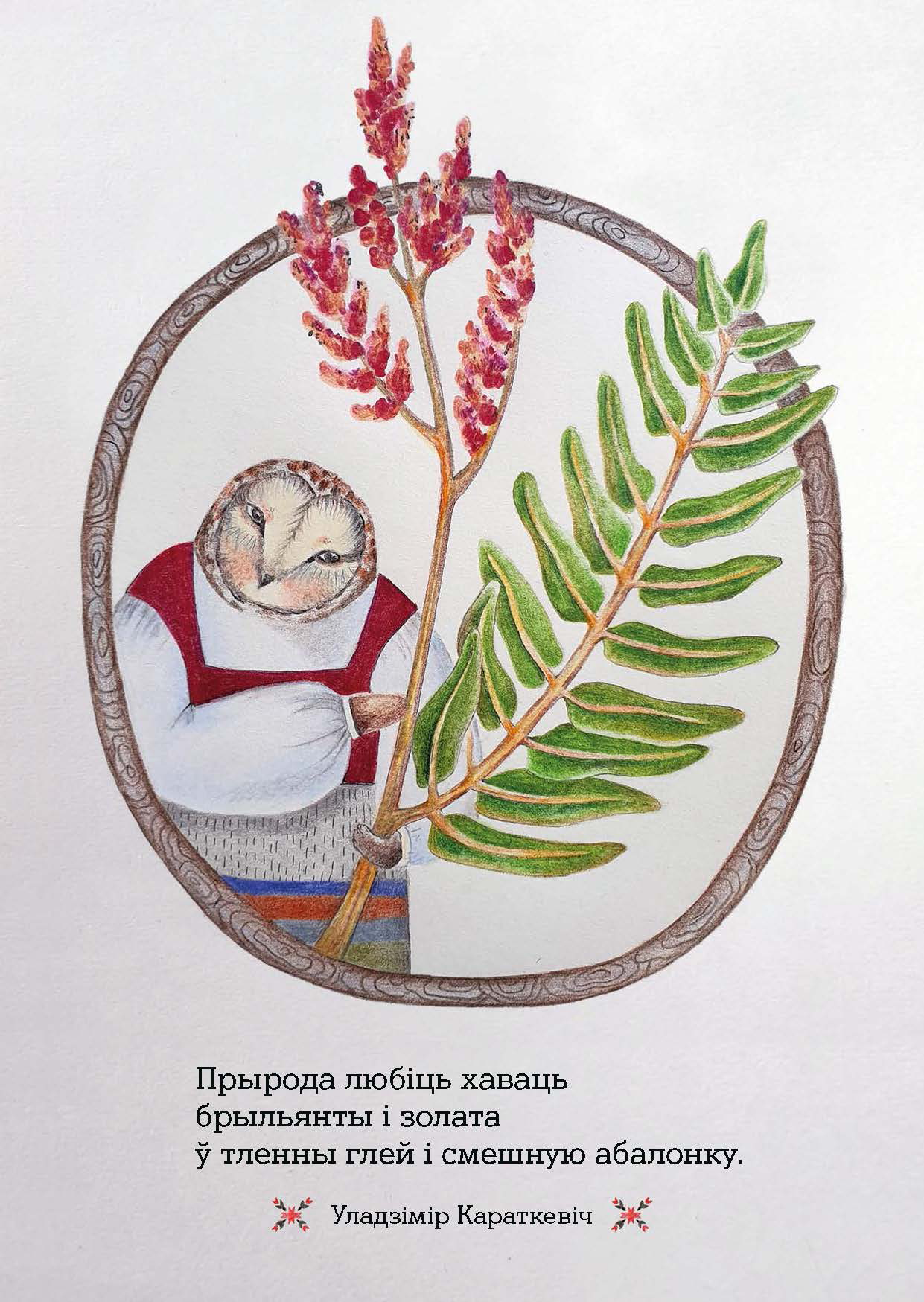 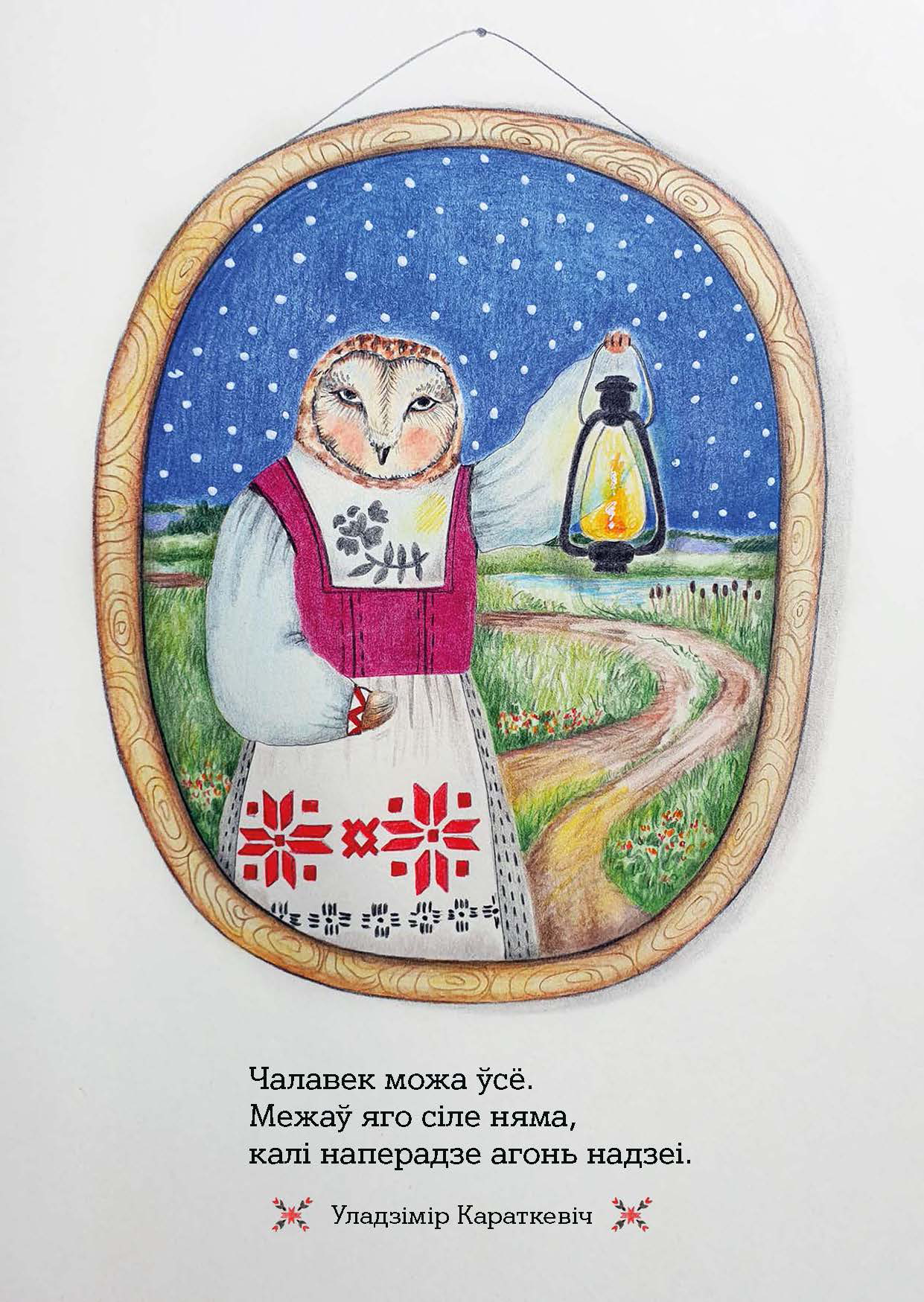 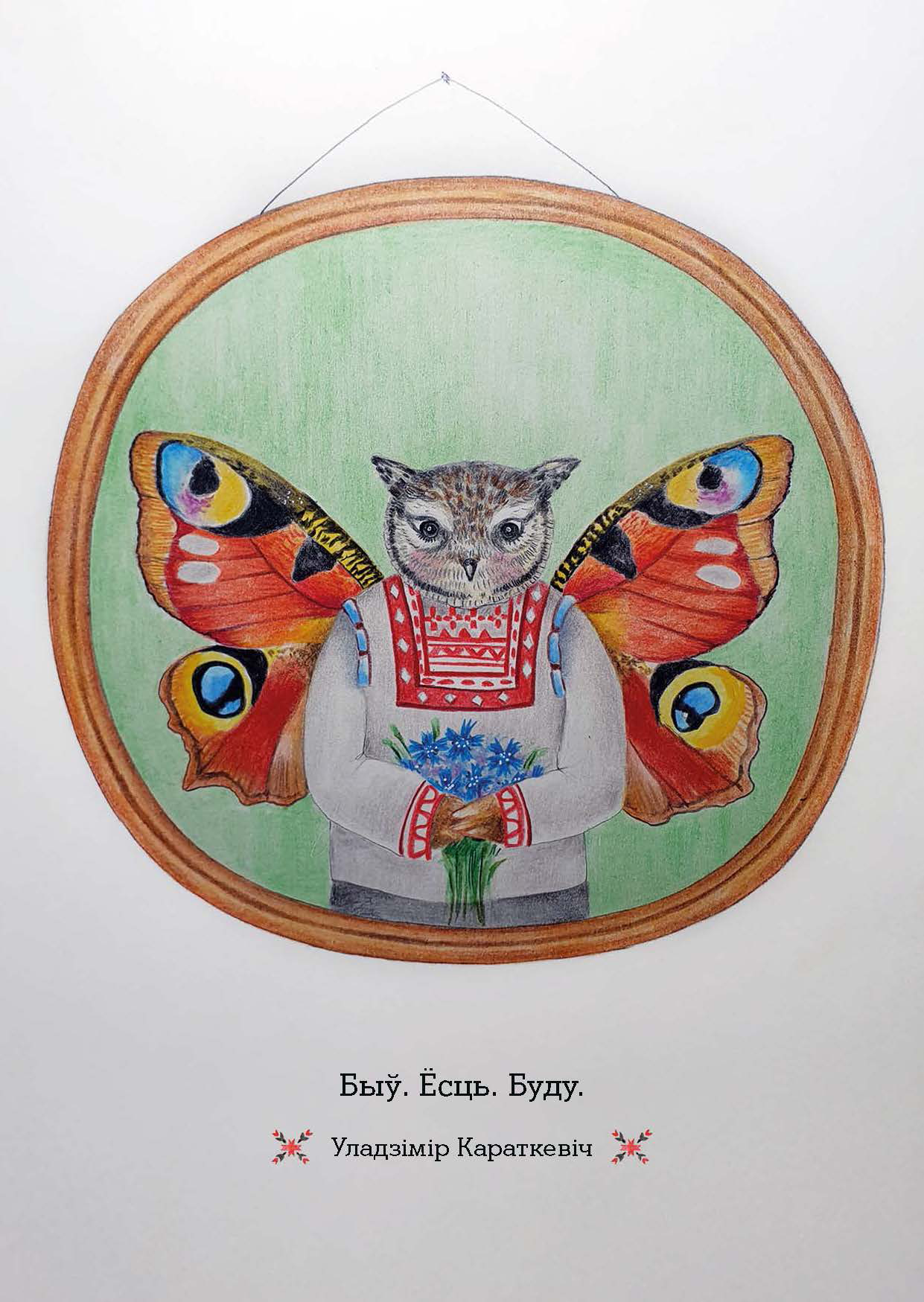 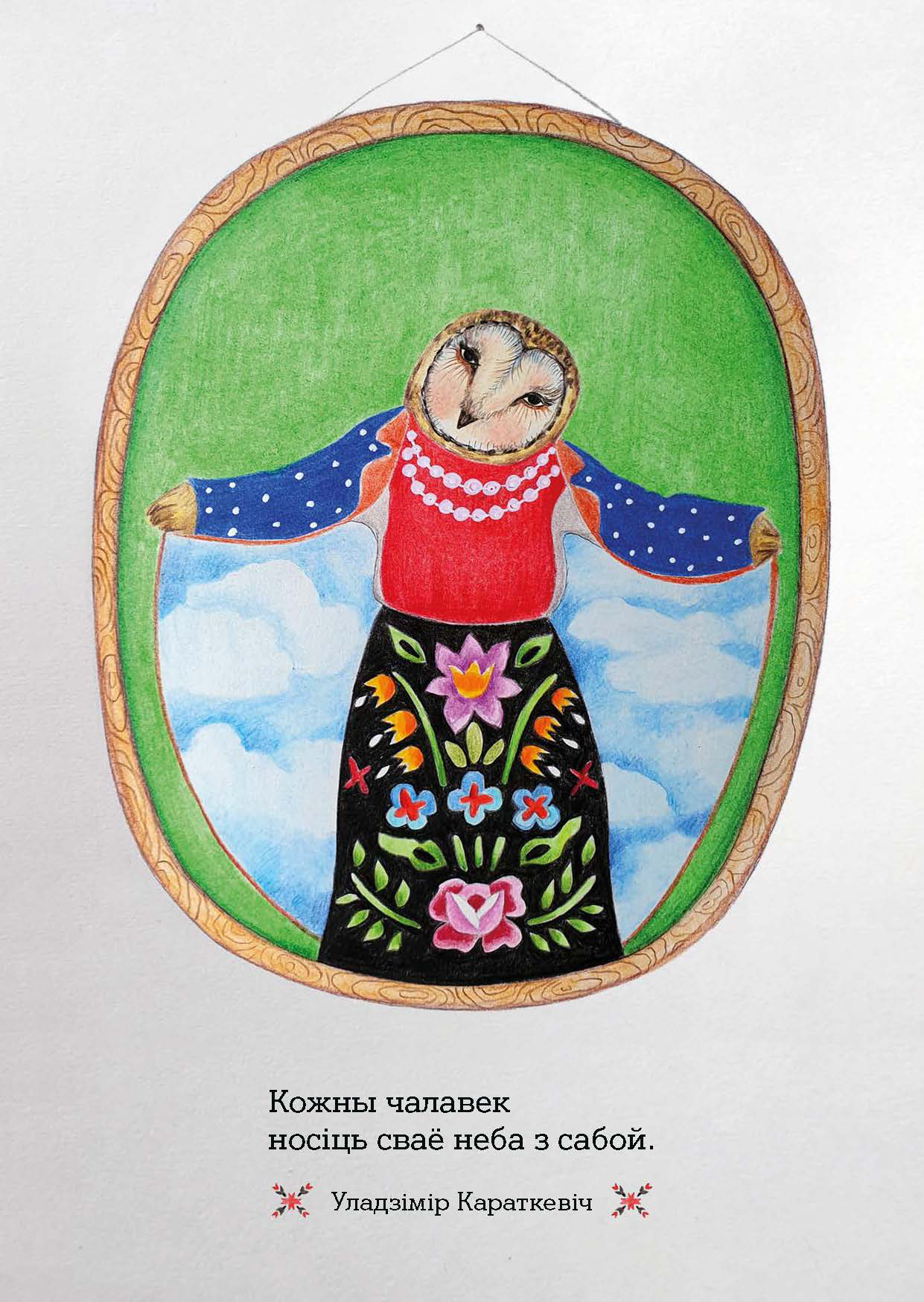 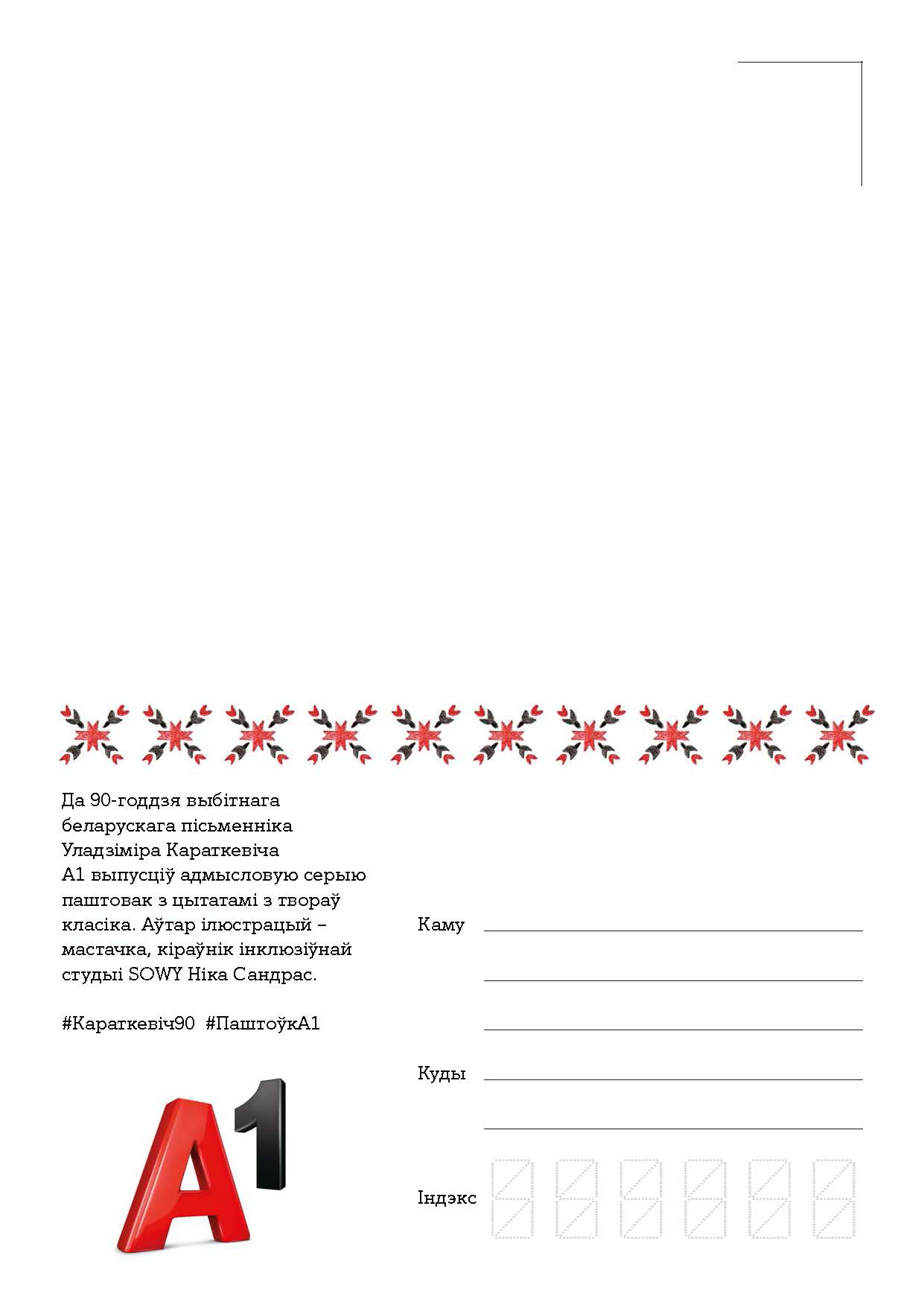