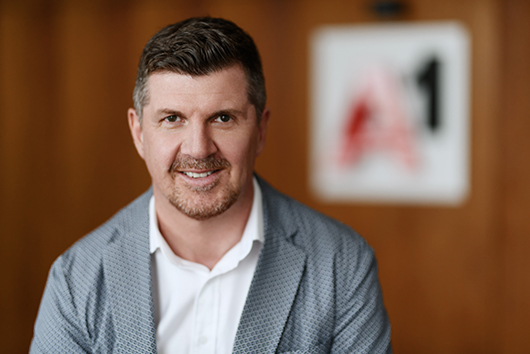 Helmut Duhs was born in Klagenfurt, Austria in 1971. In 1990 he got a degree of Engineer of Communications Technology and in 1993 he graduated from University of Vienna with a Degree in Business Administration and Computer Science. In 2002 he completed post-graduate study at the Danube University with a Diploma of Executive MBA.

He started his professional career in 1992 as a consultant for development and implementation of financial software. Since 1996 he has been working for Telekom Austria Group on different managerial positions in the financial sector. In 2004 he was appointed to the position of Chief Executive Officer of mobilkom austria group services GmbH and also a member of mobilkom austria group Executive Board. Since 2007 Helmut Duhs has been successfully managing the Belarusian Segment of Telekom Austria Group being recognized both on the local and international levels. 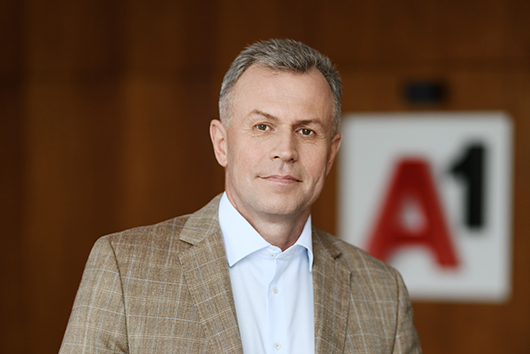 Nikolay Yushkevich was born in Korolev Stan village, Minsk district, in 1964. He graduated from Leningrad Electro-Technical Institute of Telecommunications named after Bonch-Bruevich as a telecommunications engineer. He also served in the navy. 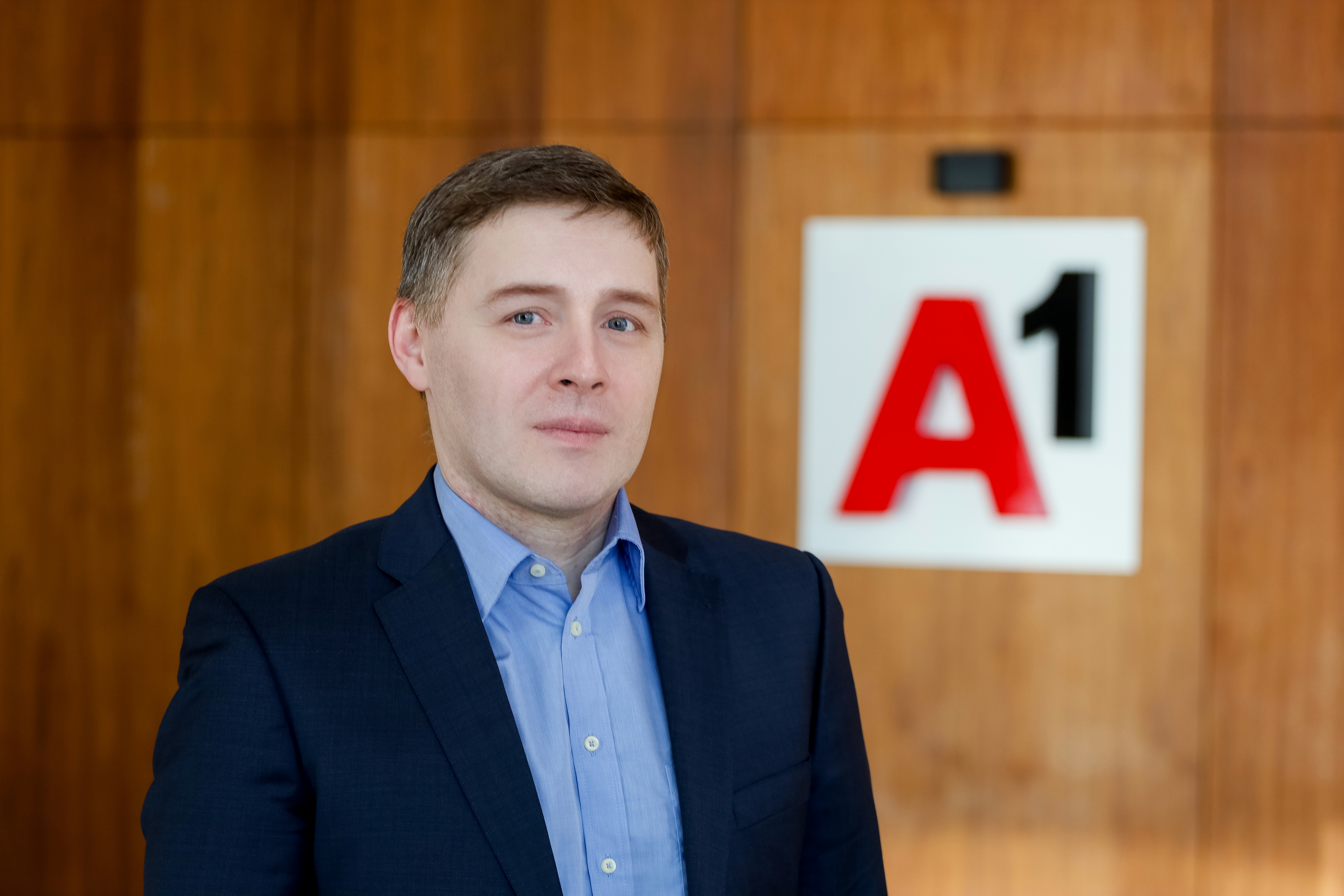 Vladimir was born in Kalinkovichi in 1974, graduated from the Baltic State Academy with a degree in technical operation of transport radio equipment. In 2003, he received a second degree in management at the Baltic Institute of International Business. 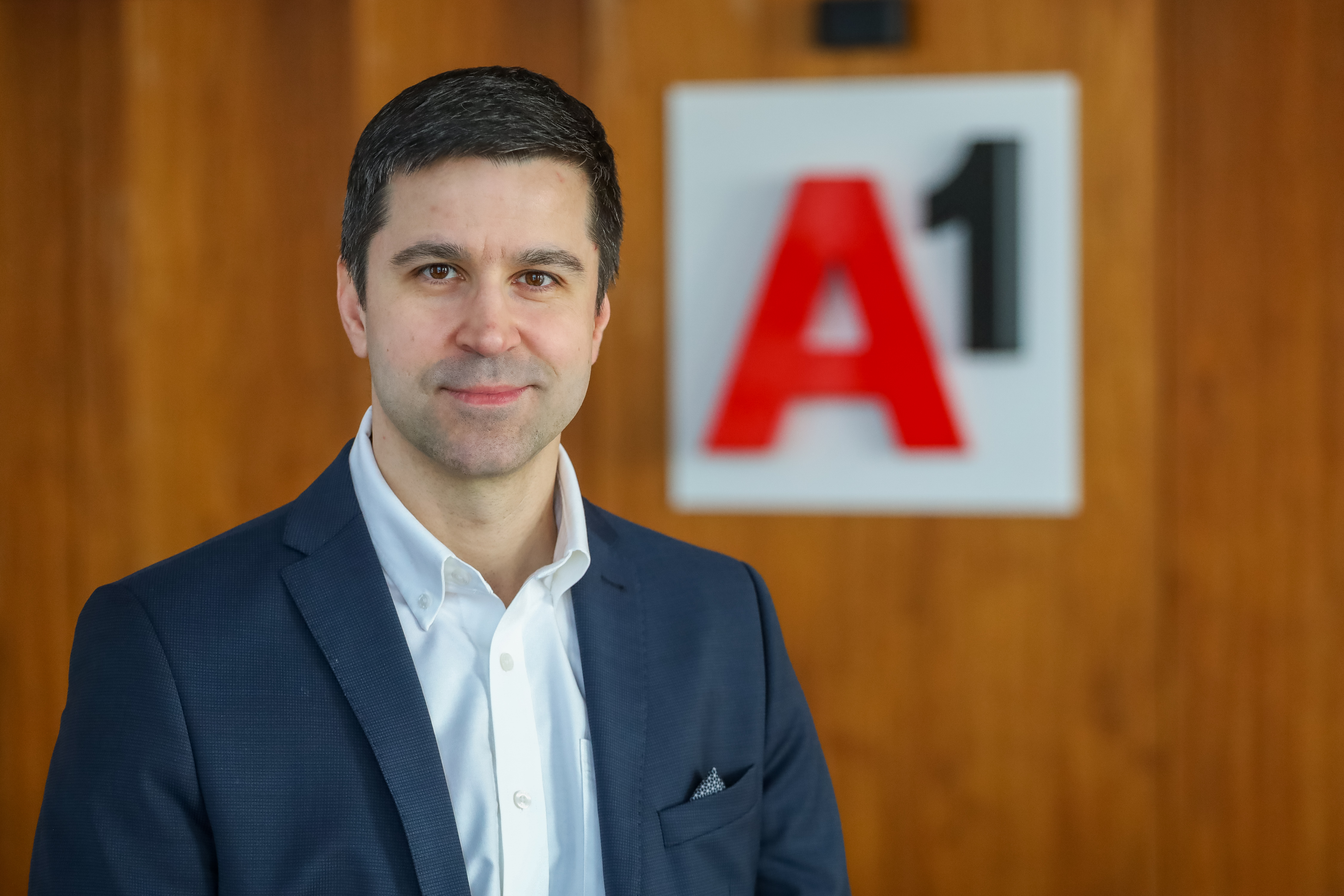 Yury was born in Minsk in 1981. In 2003, he graduated from the Belarusian State Academy of Communications as a telecommunications engineer. In 2006, he received a second degree in Economics and Management at the Belarusian National Technical University. In 2010, he studied at the London Chartered Institute of Marketing. In 2013, he received an Executive MBA from Kozminski University.

He started his professional career in 2001 at Avilink. From 2005 to 2008 he held the position of the Technical Director at Mobile Service LLC, the system integrator. Since 2008, Yuri was responsible for work with telecom operators and business development in the CIS countries at Cisco System, and in 2014, he became the head of Cisco System representative office in Belarus. Since 2015, he worked as the Managing Director of Netland Group.

In March 2022, Yury Levdansky was appointed as the Senior Director for Information Technology at A1.

Robert_Dashian was born in Yerevan, Armenia, in 1965. In 1990 he graduated from the Yerevan State University, and then completed postgraduate studies in the Belarusian State University. He graduated from Amherst College, Amherst, MA, USA and participated in the executive education programs in Marketing and Strategy at Kellogg School of Management, The University of Chicago School of Business, and The Wharton School of the University of Pennsylvania and International Institute for Management Development (IMD), Switzerland.

Robert has over 20-year year experience in the Belarusian telecommunication area. From 1995 to 2001 he worked as Chief Financial Officer of Mobilkom. Since 2001 he started to work in A1 Unitary Enterprise as Deputy CMO, afterwards as Senior Director for Marketing, Sales and Customer Care. In September 2018 he was appointed as Senior Director for Enterprise and ICT dealing with services for business customers in mobile and fixed line, ICT services. 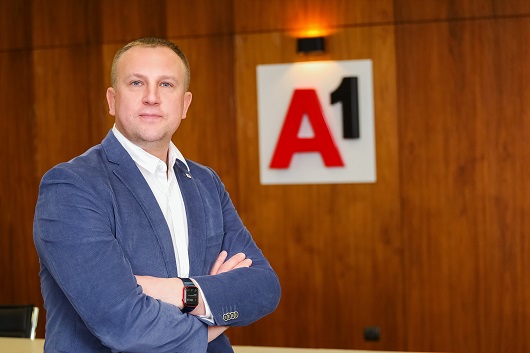 Denis Tereshchenko was born in Svetlogorsk in 1980. He graduated from the Belarusian State Economic University with a degree in Marketing in 2003. He studied at the Cambridge Business School, as well as at the Skolkovo Business School under the Mini MBA program.

In 2005, he started working at MTS Belarus as a specialist. In 2010, he was appointed for the head of the marketing department position. Since 2019, he continued his career in Moscow in the MTS Russia team heading the marketing sector in the B2C segment, then in B2B. Since November 2021, Denis Tereshchenko has been holding the position of A1 Senior Director for Consumer Segment. 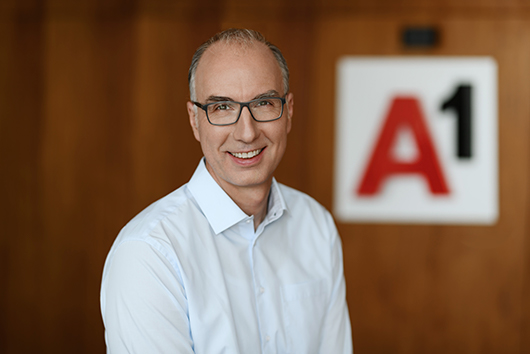 After filling several positions in the controlling organization, in 2006 he joined the startup-team of Vip mobile Serbia as Controlling Director, building up the controlling department in the newly found company. In 2011 he returned back to Austria as Group Controlling Director, responsible for controlling standards within the entire group. Johannes joined A1 Hrvatska in August 2015 as a Member of the Board and Chief Financial Officer. In 2019 he continued his career at A1 Belarus as a Senior Director for Finance. 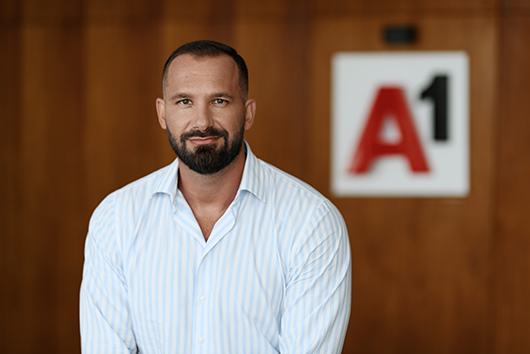 Anton Bladik was born in 1980 in Baranovichi. In 2001 he graduated from the Belarusian State Economic University, School of International Economic Affairs, specializing in foreign economic activity management. In 2006 he received the MBA program second degree of the Institute of Business and Management of Technology of Belarusian State University.

He started his career in 1999 Materials as an economist in Foreign Relations department of the Minsk Research Institute of Radio. In 2005 he was transferred to the State Military Industrial Committee as Chief Economist in Economy and Finance department. Since 2008 Anton has been Commercial Director of TM Bulbash. Starting from 2012 he was appointed to the position of Deputy Director for Private Sector Affairs of FLLC ADN (TM Atlant Telecom), in 2014 – Deputy Director for Commercial Affairs. In 2016 he was included into the Board of Directors of A1 Unitary Enterprise as Senior Director for Fixed Line Businesses & Integration. Starting from November 2018 he took the position of Senior Director for Digital Platforms and Content.